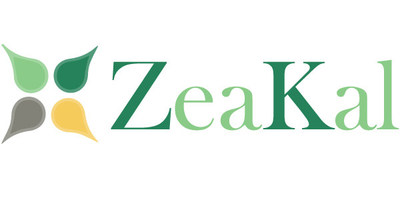 Totaling $15 million, the oversubscribed Series C includes the strategic investment from Canopy Rivers announced earlier this year. Existing investors including Finistere Ventures and Middleland Capital participated in the round, and Finistere tapped its extensive industry network to find the ideal fit for ZeaKal’s strategic needs.

“Agriculture is innovating to meet the changing food and nutritional demands for the next 30 years. Taking full advantage of the miracle of photosynthesis can help meet this demand in a sustainable fashion, and I am excited to join the ZeaKal team at such a pivotal time for the industry and the company,” said Schickler. “I have focused my full attention on areas that address productivity, value and sustainability. ZeaKal’s ability to improve crop yield and composition with its PhotoSeed™ technology fits perfectly with that focus.”


Before joining ZeaKal, Schickler served in various leadership roles during a four-decade tenure at DuPont Pioneer (now Corteva Agriscience). Dedicated to advancing agriculture production and lauded for his focus on innovation, farm profitability and sustainability, Schickler built a strong leadership team and cultivated a deep network of customer and partnership relationships that fueled Pioneer’s substantial growth. Schickler will take an active role in driving strategy and partnership opportunities for ZeaKal.

“Having one of the most influential and accomplished executives in agriculture join ZeaKal’s leadership team is a significant milestone for the company. Paul will be a transformative force in expanding our global footprint, building new partnerships and crystalizing our growth strategy as a leading seeds and traits innovator,” noted ZeaKal Founder and CEO Han Chen. “We are extremely grateful that Finistere Ventures, our long-term investor and supporter was able to bring us together.”

ZeaKal’s PhotoSeed™ technology increases a plant’s photosynthetic capacity so it can harvest more sunlight, sequester more carbon dioxide, produce higher yields and ultimately deliver better nutrition. With multi-year field trials across a range of crops already demonstrating its success, ZeaKal plans to use the funding to rapidly expand its commercial focus so producers, farmers and consumers alike can benefit from a more sustainable ag ecosystem.

“We’ve spent a lot of time examining bottlenecks to plant growth, and ZeaKal’s technology relieves a major one: carbon assimilation inefficiency,” added Spencer Maughan, co-founder and partner, Finistere Ventures. “Partnering with ZeaKal since its inception as its lead investor and working closely with Paul Schickler over the years, we look forward to helping navigate the next phase of ZeaKal’s growth as it uses the latest funding to roll out its technology across multiple crops.”

ZeaKal is a plant science company developed from the incubation pipeline of Kapyon Ventures in partnership with AgResearch Ltd. The company is focused on developing, PhotoSeed™, a next-generation trait technology that has been proven to increase the photosynthetic capacity and yield of several major crops. Visit www.zeakal.com.

About Finistere Ventures
Finistere Ventures is a leading global agricultural technology and life sciences venture capital investor with offices in Palo Alto, San Diego, Ireland and Israel. Its team has developed and invested in some of the most successful AgTech companies of the last 20 years—building and backing companies worth more than $5 billion. Visit Finistere.com.

Frequent viewers of RichTV Live know that Rich likes to break all the big cannabis news. He goes live anytime there’s something important for his community to know about, especially if it involves investment opportunities. …

Today, Rich is live with an update on some pot stock picks for the end of the year. He also has an important update on one of his favorite cannabis companies, Zenabis Global Inc (TSX:ZENA) …

Rich has some more exciting news for followers of Aurora Cannabis Inc. (TSX:ACB) (NYSE:ACB). Yesterday, he profiled the Edmonton-based cannabis company’s new dispensary at West Edmonton Mall. The company is now the owner of the …

Pot stocks have seen some redemption this week after suffering for most of 2019. Several major players, including Aurora Cannabis Inc. (TSX:ACB) (NYSE:ACB) and Canopy Growth Corporation (TSX:WEED) (NYSE:CGC) are seeing double-digit gains.

Aphria is Rapidly Expanding Production, But is There a Mold Problem?

For years, Aphria Inc. (TSX:APHA) (NYSE:APHA) has been one of the top five cannabis companies in Canada. Its stock is currently at a healthy $6.61, and it’s turned a profit over the last two quarters. …

His prediction was that only companies reporting profit could expect …

Last Week, Rich brought you some exciting news from a company combining the best things about the logistics and the digital payment industries. On Monday, September 23, LiteLink Technologies Inc. (CSE:LLT) (OTCPK:LLNKF) announced that its …