/NOT FOR DISTRIBUTION TO U.S. NEWSWIRE SERVICES OR FOR DISSEMINATION IN

“) for aggregate gross proceeds of 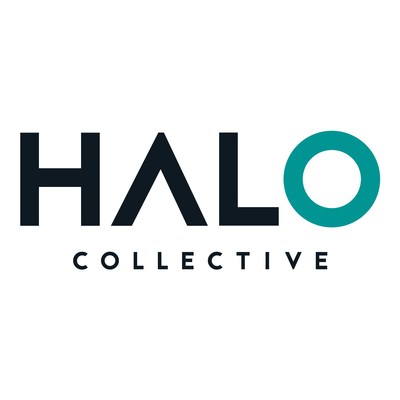 A total of 91,411,794 Units of the Company were issued pursuant to the Offering, including an aggregate of 2,505,794 Units issued as a result of the partial exercise of the over-allotment option, at a price of

The Offering was completed pursuant to an underwriting agreement (the ”

between the Company and Eight Capital, Canaccord Genuity Corp. and PI Financial Corp. (collectively, the ”


Each Unit consists of one (1) common share of the Company (each, a ”

“) and one (1) common share purchase warrant of the Company (each, a ”

“). Each Warrant entitles the holder thereof to purchase one common share of the Company at an exercise price of

at any time up to 30 months following closing of the Offering. The Warrants were issued pursuant to, and are governed by, the terms of a warrant indenture dated

“) between the Company and Odyssey Trust Company.

The Warrants have been conditionally approved for listing on the Neo Exchange Inc. and are expected to commence trading following the closing, subject to the satisfaction of all listing conditions.

per Unit at any time up to 30 months following closing of the Offering.

The net proceeds received by the Company from the Offering are intended to be used for raw materials and packaging supplies, capital equipment, the build-out of the Company’s proposed dispensary in

, an indoor cultivation facility in

The Offering was made pursuant to the Company’s short form base shelf prospectus dated September  2,  2020  (the  ”

“) and a prospectus supplement to the Base Prospectus dated

“) in each of the provinces of

), and otherwise by private placement exemption in those jurisdictions where the Offering can lawfully be made, including

. Neither the Units nor the Unit Shares and the Warrants comprising the Units have been or will be registered under the United States Securities Act of 1933, as amended (the ”

“), or any state securities laws, and such securities may therefore not be offered or sold in

or a U.S. Person (as defined in Regulation S of the U.S. Securities Act) absent registration or an exemption from the registration requirements.

This press release shall not constitute an offer to sell or the solicitation of an offer to buy nor shall there be any sale of the Units in any jurisdiction in which such offer, solicitation or sale would be unlawful. Copies of the Base Prospectus, the Prospectus Supplement, the Underwriting Agreement and the Warrant Indenture are or will be available under the Company’s profile on SEDAR at

Halo is a leading, vertically integrated cannabis company that cultivates, extracts, manufactures and distributes quality cannabis flower, oils and concentrates, and has sold approximately eight million grams of oils and concentrates since inception. Halo continues to evolve its business and scale efficiently, partnering with trustworthy leaders in the industry, who value the Company’s operational expertise in bringing top-tier products to market. Current growth includes expansion in key U.S. markets, the

in partnership with MedCan Ltd., and planned expansion into the Canadian retail market.

Halo is led by a strong, diverse and innovative management team with deep industry knowledge and blue-chip experience. The company is currently operating in the U.S. in

. The Company sells cannabis products principally to dispensaries under its own brands Hush,

, Exhale, and under partnership or license with OG DNA Genetics, Terphogz (doing business as Zkittlez™), Winberry Farms and FlowerShop.

As part of continued expansion and vertical integration in the U.S., Halo boasts several grow operations throughout

, the Company has a combined seven acres of outdoor cultivation, including East Evans Creek, a six-acre grow site in

, and Winberry Farms, a one-acre grow site in

, the Company is building out Ukiah Ventures, a planned 30,000-square-foot indoor grow, processing and manufacturing facility, including up to an additional five acres of industrial land to expand. Halo has also partnered with GMH to purchase Bar X Ranch in

, with plans to develop up to 80 acres of cultivation, which would comprise the largest grow in

Recently, the Company has entered into a non-binding letter of intent with Red Light Holland Corp. for the purpose of creating a joint venture to become a licensed psilocybin manufacturer to supply psilocybin products to licensed service centers in the

, which holds one of the largest marijuana cultivation licenses in

with a future capacity of up to 495 acres. To further Halo’s global presence, the Company recently acquired cannabis-based product for medicinal use (“CBPM”) importation and distribution licensing in the

via cannabis suppliers Canmart Ltd. Halo expects the cultivation and manufacturing operations of Bophelo, combined with the importation and distribution capabilities of Canmart, to drive growth of a well-positioned business to serve the U.K. market.

For further information regarding Halo, see Halo’s disclosure documents on SEDAR at

, the expected size and capabilities of the final facility planned at Ukiah Ventures, the size of Halo’s planned cultivation facility in

and the ability of Bophelo and Canmart to serve the U.K. market.

; delays or unforeseen difficulties in connection with the cultivation and harvest of Halo’s raw material; and the other risks disclosed in the Company’s annual information form dated

and available on the Company’s profile at

. Should one or more of these risks, uncertainties or other factors materialize, or should assumptions underlying the forward-looking information or statements prove incorrect, actual results may vary materially from those described herein as intended, planned, anticipated, believed, estimated or expected.

Apr 8, 2021 Ankit Singhania
As far as investment success is concerned, access to reliable information is a major factor and investors are almost always on the lookout for such information. The internet has made it possible to get access ... [Read]

Apr 5, 2021 Ankit Singhania
In recent times, the RichTV Live YouTube channel has emerged as one of the most popular sources of information for retail investors. The channel is known for publishing highly informative videos about various companies on ... [Read]

Apr 5, 2021 Ankit Singhania
People who regularly go to YouTube in order to get information about the latest news from the stock market are highly likely to have heard about the existence of RichTV Live. It is one of ... [Read]

Mar 22, 2021 Ankit Singhania
Anyone who has access to the internet can now get the latest information about the stock markets and companies. On the other hand, there are plenty of platforms from which information can be gleaned and ... [Read]

Mar 19, 2021 Ankit Singhania
Nowadays investors have plenty of options when it comes to availing information with regards to the stock markets and one of the most popular online options is currently YouTube. YouTube channels like RichTV Live have ... [Read]

Mar 8, 2021 Ankit Singhania
Investors now have a lot of online sources from which they can get reliable information about the stock markets. However, different people prefer different mediums and some prefer YouTube videos. Nowadays there are plenty of ... [Read]

Mar 4, 2021 Ankit Singhania
New industries are being formed every few months and if investors are to get in early into potentially fast-growing industries at the starting point then it is necessary to be as well informed as possible. ... [Read]

Feb 19, 2021 Ankit Singhania
One of the things that investors need to keep in mind that there is always the chance of the emergence of new industries that can throw up highly intriguing options and one needs to be ... [Read]

Universal PropTech: RichTV in Discussion With the CGO Frank Carnevale

Feb 4, 2021 Ankit Singhania
The Universal PropTech stock has been in the news this week and hence it came as no surprise that the stock was the focus of the latest video published by RichTV Live. Key Details Rich ... [Read]